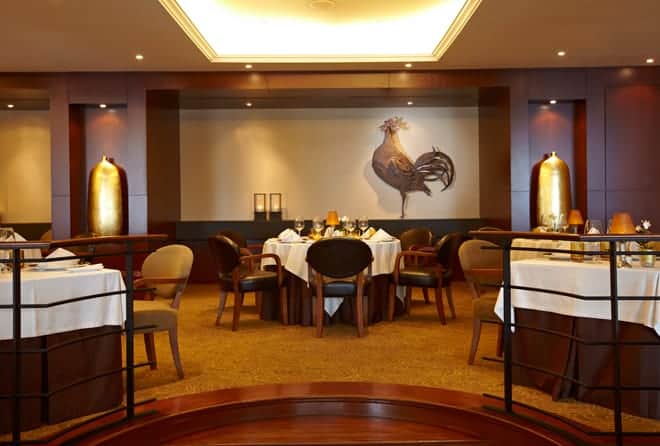 As I write this my stomach is somewhere in my throat as the airplane bounces through the skies above the Atlantic and we’ve just experienced the most horrific take-off I’ve ever had the erm… pleasure of experiencing in my 30-something years of flying; and I’ve flown some pretty nasty flights. The ‘shaky’ announcement at Funchal airport that the Lufthansa flight that was due to land just before we left was diverted 400km south to Tenerife because of the horrendous weather on Madeira, probably induced my only, and only slightly, flight-panic attack. I hate heights but love flying; this is all wrong! So feeling a little queasy I’ve decided to write about food, because thats what you do, right, when your stomach’s flipping around all over the place?

You wouldn’t think it, but we do get chance to get away every once in a while… Admittedly they tend to be at least 12 months apart but it does happen. In fact this year we’ve been spoilt and managed to get away to Cornwall to stay with friends, and also amidst a chaotic work schedule jet off for a week to Madeira. 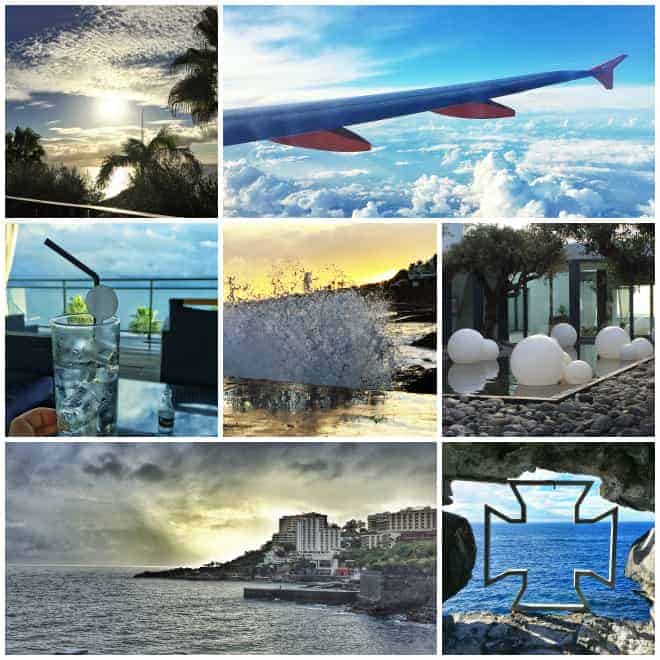 Now I wasn’t intending on writing a post about our travels, harking on about winter sun and lazy days but unbeknownst to us, lurking next door to our hotel, was the dining jewel in Madeira’s crown. It never struck me, to be honest, to look at the restaurant potential before we left, it was going to be a let’s see what we stumble upon. But on discovering the Michelin starred Il Gallo d’Oro right next door, there was no way we could say no! So a reservation was made….

So we’ve eaten in a variety of Michelin starred restaurants from the relaxed 1 star Social Eating House where we’re slowly working our way through their amazing cocktail menu, to the Holy Grail 3 star dining experience of Heston Blumenthal’s Fat Duck; and that’s not mentioning the other culinary geniuses in-between that we’ve had the pleasure to dine at. It’s a vice, but a vice that I am happy to indulge in whenever the opportunity arises.

The amazing Chef Benoît Sinthon was appointed Executive Chef in 2004, and 4 years later Il Gallo d’Oro was awarded it’s first Michelin star, and on the evening we dined at the restaurant he had just found out that he and his team had retained their star for a 6th year, and in all honesty I can see why!

I think we’re pretty lucky back home, Michelin dining encompasses a variety of culinary and dining styles and atmospheres, and we are spoilt for choice. Il Gallo d’Oro though, I would say, stands up to what you might imagine a traditional fine dining experience to be, tie or jacket for the gents and ladies in their finery. It was a good job we had packed what we needed! 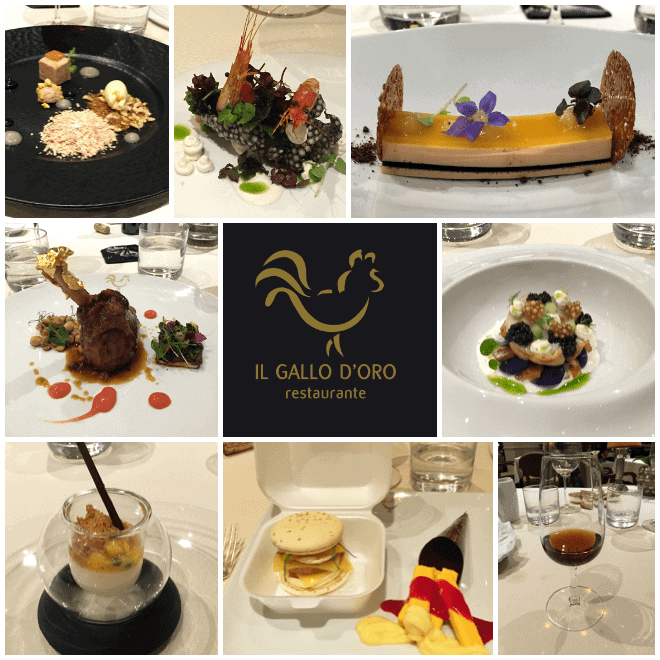 The restaurant is not long newly refurbished, and takes gold and brown hues to a classic level, minimally decorated and no cheesy music, you enter the restaurant past their impressively stocked and multi-award winning wine cellar over-seen by Sommelier Sérgio Márques. Our table is on an upper level, and we are faced toward the restaurant, which I love for people watching, and most probably if it hadn’t been dark, spectacular views of Madeira’s coastline.

Starting as you mean to go on, was certainly the order of the day/ evening, and the amuse bouchée was not just a taste sensation but one of the most stunning plates of food I’ve ever seen. Not just a rolled out amuse, these were tailored to your chosen starter, and as Ian had chosen foie gras and I lobster, our amuse bouchées were the opposite. My foie gras terrine was beautiful and perfectly layered whilst Ian’s shrimps with tapioca and squid ink looked more like the prawns were still alive and kicking back on their little piece of coral! Seriously pretty.

Starters were Foie Gras Triology for Ian, with bicolor pear compote and Blandy’s Madeira Wine Verdelho 10 years jelly, whilst it was Lobster Medallion and Gravlax salmon, dill and iodized cream sauce,  for me. All stunningly beautiful. All the time everyone was attentive and happy to talk about the food and restaurant, and friendly and knowledgeable. Considering we were the youngest in the restaurant by at least 10-15 years, it could be easy to impress more upon your typical diner but no… Everyone had the same treatment from the restaurant.

Next up was a surprising tomatotini sorbet. I’m not quite sure what was in it, but there was definitely mint, tomato and it smelt a little like the tomato vine. Anyway, it was the perfect refreshment before premium filet accompanied by veal cheek confit and black truffle juice, and lamb shank in a crust of spices, seasonal vegetables symphony, chickpeas with coriander, cumin and mint. Both absolutely perfect; and as an aside I think gold leaf finished French trimming is the new way to spruce up your lamb! 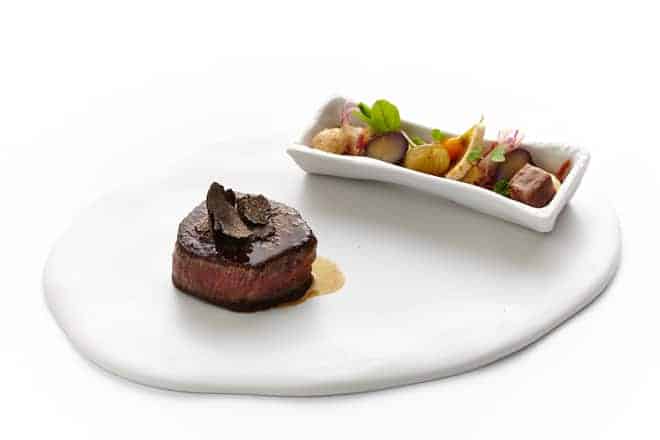 To round off the most fabulous meal, I’d had my eye on one of my favourite desserts that I’ve seen, and so did Ian! But then I spied one of our fellow diner’s desserts and changed my mind. But first pre-dessert was a gorgeous little vanilla and passionfruit delight with a ginger crunch; then came the fun! It was a Golden Chocolate Ball for me, with Valrhona Chocolate, pineapple and vanila ice cream. Heavenly warm Valrhona Chocolate poured over the perfect golden chocolate sphere, melting it to reveal the ice cream ball inside. Chocolate, chocolate and more chocolate. But it was the sight of Ian’s dessert that had the biggest reaction: Il Big MacGallo d’Oro! The macaroon ‘Big Mac’ completed with sesame seeds with full on trimmings, presented in a burger take-away carton with squeezy ketchup and mayonnaise bottles filled with a raspberry sauce and a white chocolate and lemon sauce, squeezed over the citrus and sable biscuit fries in a chocolate cone. Huge smiles, lots of laughs and a testament to the pastry genius of Nuno Castro. 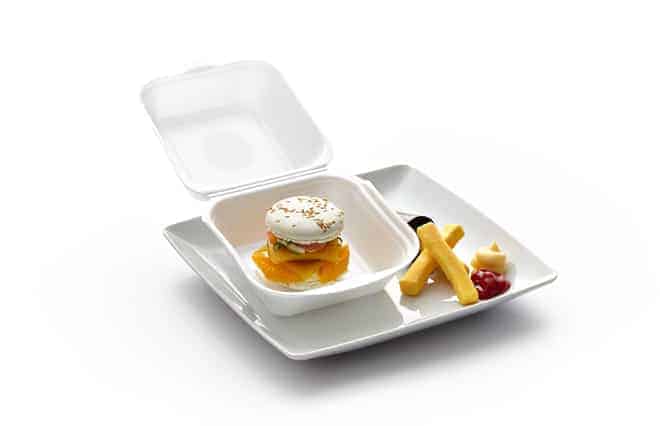 We finished off with coffee, petit-fours and a vintage Blandy’s Madeira wine to toast and celebrate Benoît and his Team on their Michelin Star, and a little more of a chat with the Team, as as usual we were the last to leave. Another culinary experience and I’m so glad we found Il Gallo d’Oro, I had been disappointed to have known we were right next door when we’d got home.

As befitting it’s excellence, Il Gallo d’Oro receives fabulous reviews, and there is nothing that to fault! If we ever visit Madeira again, you can be sure we’ll be making a reservation before we leave the UK, we would definitely return without a doubt!

Images are copyright of Porto Bay Trade, and used with kind permission.

We visited Il Gallo d’Oro for dinner, on our own accord. Thoughts and feelings are my own.